Hardly anyone will be surprised at hearing that veganism and abstaining from the use of animal products in diet has become a current trend. No matter whether you are vegan, flexitarian, animal lover or ecologist, or you just like vegetarian meals, you might like the following data from recent years. 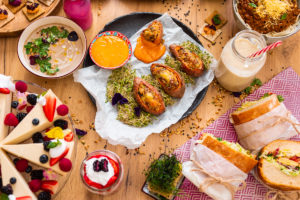 We are sure that such statistics are far from boring. On the contrary, they make us very happy. And there is more to come. Please follow our posts!

SINEA wish you a nice day.